Your natural choice for your down-to-earth girl-next-door.

Becky was born in Newcastle she enjoyed her childhood growing up in the picturesque Port Stephens, in a quiet little town of Anna Bay. With her Mum and Dad, Steven & Debbie and big Brother, Andrew.

When Becky was a mere six years old, her father passed as a result of a tragic work place accident, which undoubtedly shaped her life from a different angle from there on. To distract from the heart ache to the family, Becky took up dancing, and thoroughly enjoyed being on stage. Performing came as second nature, and soon after starting, she won various awards and scholarships providing further unique and specified tuition, which Becky credits much of her current confidence to. After many years of dancing and performing, Becky embraced the opportunity to travel to the United States and tour for a month along side 20 other Australian girls, being the youngest at only age 12. Performances were daily, and concluded with performances, workshops and providing entertainment at Disney Land in California. From there on, dancing scholarships and titles were won in a flurry, being the youngest and most awarded dancer at the school.

In the years of Dance, also bought a new love of sport and physical activities, in which BMX prevailed. Becky and her brother Andrew, travelled all over Australia to many different BMX tracks to race, with some of her best results including State, National and World places in her class.

Juggling school curriculum and extra activities was a natural way of life for Becky, often working two jobs and studying simultaneously. Work ethic has always played a big role. Since starting University straight after high school, Becky found herself being pushed on stage in Newcastle, to where her modelling took off. The title of Miss Indy was up for grabs, and Becky won her first modelling competition. From there, a prime combination of on-stage experience and personality, transformed Becky into an expert; winning a string of competitions including Miss Indy, Miss Bikini World, Miss Swimsuit Australia, and eventually finding her break and placing First Runner-Up in the prestigious Ralph Australian Swimwear Model of the Year, in 2009.

Momentum grew steadily with many monthly campaigns with Bras N Things prevailed. Every month for the next three years, Becky was one of the three faces for Bras N Things largest retail store; and was also the highest ‘clicked’ model store-wide. Simultaneously, a triple poster campaign for their new ‘Ultimate Fitness’ range was displayed nationwide, and Becky’s career took many leaps in the right direction.

Having always been interested in new and exciting adventures, Becky started her career as a Fire Fighter with Fire and Rescue New South Wales, and is still in active service today. Its something she enjoys more than ever, being a great foundation for grounding.

In early 2011 Becky was contacted by the ‘Firey Felines’ to be the cover girl of the first ever New South Wales Female Fire Fighters calendar, to help raise money for the Westmead’s Children’s Burns Unit in Sydney. Firey Felines was a motivated and energetic group of Female Fire Fighters also in FRNSW who donated generous amounts of their time and efforts to help make the lives of burn victims in the region. Selling over 10,000 copies helped raise over $100,000.00 to donate to the hospital.

Thing were shaping up for Becky, with a move to Sydney to further expand her career. Consistent work with an array of noted fashion brands, lead to quickly becoming on of Sydney’s most sought after classic ‘girl next door’ models. With her big smile professional touch, Becky was the perfect fit for a hard-working and fit commercial model.

As the year progressed, more opportunities arose, including international travel and representation. In 2014, Becky signed international management in New Zealand with 62 Models in Auckland. Being welcomed with open arms and forging an instant bond was a positive step in a great direction in New Zealand. 62 also see a huge future in combining forces with Becky and Fabian in their future projects. Watch this space!Just before moving to Melbourne in early 2013, Becky was contacted by CHIC Management in Sydney for representation. As Chic was not an agency currently representing Melbourne based Models, Chadwick in Melbourne were quick to sign Becky onto their books. Within days, Becky was demanded for jobs from local clients in Melbourne, and paved a solid career with Chadwick.

After leaving Melbourne in 2015, Becky and Fabian relocated to the Gold Coast for Fabian’s career and new team, DJR Team Penske. Becky and Fabian also took their french bulldog Bronte and adding Pierre to the family a year later.  All the while, Becky was working on her presenting career. Starting with a chance shot with Supercars, it wasn’t long until ANDRA Drag Racing, Offshore Superboats, Hi-Tec Oils Drifting and Swan Superbikes all picked Becky up for her skills and motorsport knowledge and reliability. Topping off an exceptional few seasons, Becky was scouted by local production companies on the Gold Coast for various other presenting roles and continues her 2016 and 2017 presenting roles into the new season with multiple contracts.

You can see Becky’s showreel on the PRESENTING page above.

Adding to the full menu of 2017 was the addition of two little people – Twins! Mackenzie and Carter were born on October, 2017 and are a regular feature online and across social media.

straight to your inbox

my choice of baby store

The only place I shop for all my baby and toddler needs.

My Choice of Vacuum

The Dyson V10 is the perfect solution to rid allergies and clean the home.

With Dyson's most powerful motor, this incredible machine was built for style, ease and convenience. Find yours HERE. 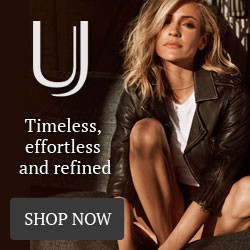 With over 100,000 loyal social media followers, there is sure to be an audience to fit both of our brands.

Contact me to discover rates, my media kit and other success stories!

See your brand here and have your advertisement seen by over thousands of times per month. Contact me today for my media kit and rates.

The NSW RFS created a dedicated account to collect donations for the families of volunteers tragically killed at Green Wattle Ck fire. This is official donation account, established with endorsement of the spouses of Geoffrey & Andrew. ow.ly/5qQl50xESqX #nswrfs #nswfires Retweeted by Becky Lamb

The Black Friday bush fires are what prompted me to become a fire fighter all those years ago... I’ll never forget what I learnt and my passion to help will never cease. I wish I could be helping more than I am. This is breaking my heart.

Our Uber driver just asked @FabianCoulthard if he went to the #GC600 .. the anonymity is the sweetest 💖